Turn Back the Pages: Paris Sketchbook by Ronald Searle and Kaye Webb 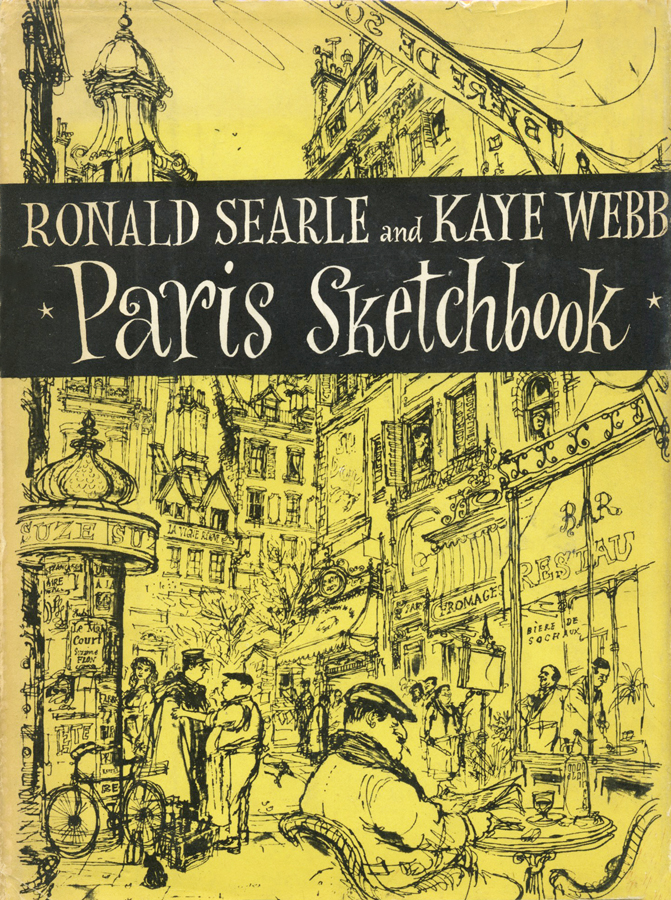 In 1958 Ronald Searle (1920-2011) and his then-wife Kaye Webb took a trip to Paris where they documented it for their book “Paris Sketchbook”. Searle did location drawings using a fountain pen while Webb wrote the words.

At the time Searle was already a well-known illustrator due to the popularity of his cartoon strip the “St. Trinian’s School”, which ran from 1946-1952 and inspired a series of comedy films. He also contributed to many magazines and advertisement campaigns.

Kaye Webb had this to say in the preface:

“We think Paris is novel and remarkable. We also think it is beautiful and stimulating. We believe the best way of proving this is to offer you drawings to look at. The text which accompanies them may be regarded as a faint prompting from the wings, a gentle murmur of conversation intended to keep you long enough before each picture to allow interest to waken, memories to stir, and the charm of Paris in the springtime to weep over you.”

I agree with Webb and, as some of you may already know, I think that drawings done on-the-spot can convey a viewpoint and emotional connection that are unique in their own way. In the specific case of Searle’s Paris drawings his scratchy line gives me a sense of “searching”; almost as if you see him work out a drawing in front of you. There is no rendering or slick lines to cover up the image and any “mistakes” are right there for the viewer to see.

For example, in this drawing of a café, there are times when part of a figure overlaps another one (most notably the main figures left arm). Or if you look closely a hand isn’t draw “perfectly”, but when you look at the overall image it gives you a sense of a busy crowed café. There’s a feeling to it that I don’t think would be the same if it was a slower, more studied (and posed) drawing. He drew it directly from life and things move, so he had to go, go, go. 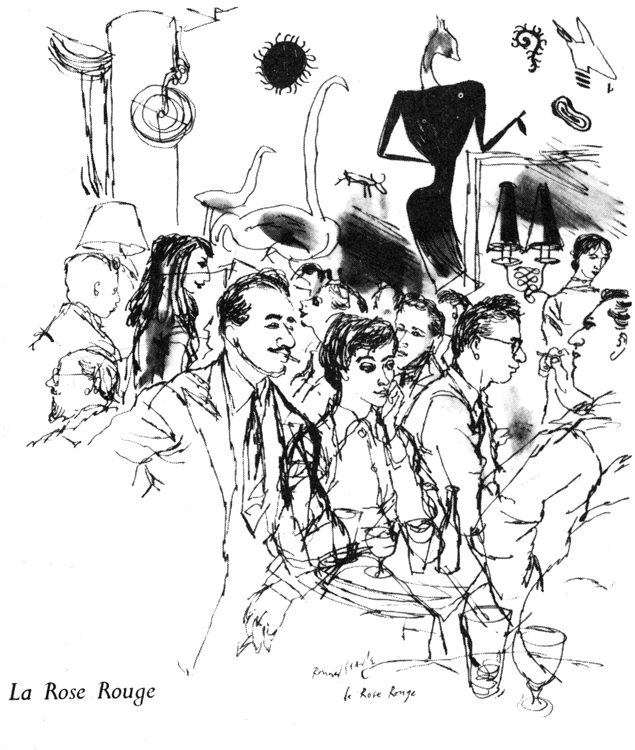 In this drawing below you can see overlapping done at the bottom of the piece. He used it in a way to show activity with the cars and a few figures on the street. 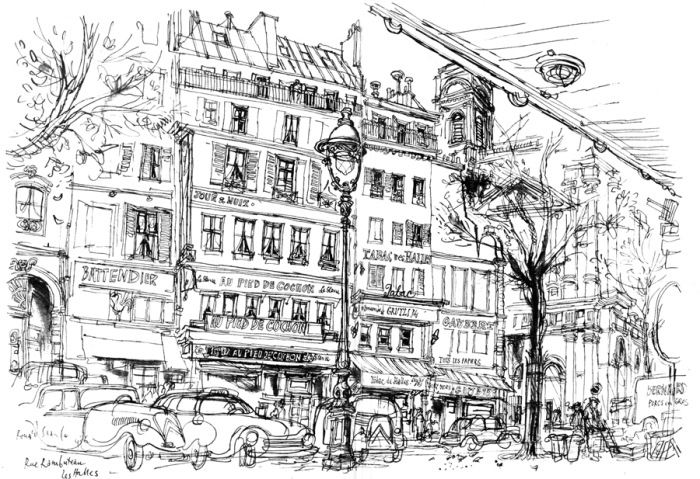 Another thing I like about these drawings is his point of view. Searle drew some famous landmarks (such as Oscar Wilde’s grave), but also drew people on the street and even a view looking out the window of his hotel. As a viewer I get a feeling that I’m following the two of them on their trip around Paris.

He even did a quick drawing of his view during a cab ride. 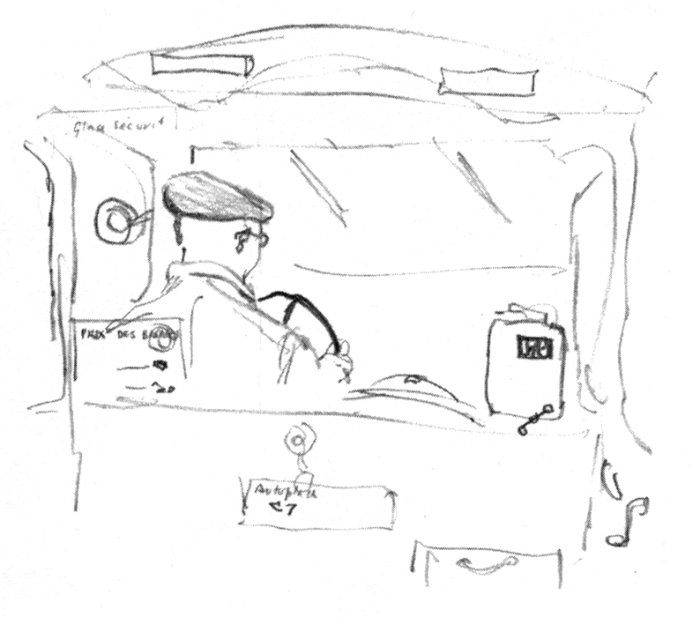 It’s an interesting book and most of the drawings aren’t done in his typical cartoon style (which makes sense because this serves a different purpose). I can relate to it in many ways because I’ve also done location drawings in various cities (but not in Paris…yet!). For anyone who is interested in this kind of work, and in Paris, I recommend looking for a copy.

One thing I’d like to add is that most of the images don’t bleed to the end of the page and are designed in a way to give them room to “breathe”. For the purpose of this article I’ve zoomed in a bit because some images printed at a small size and I want to show the detail in them.

Here are a few more drawing from the book. Enjoy.